Minster Court is a complex of three office buildings, situated on the corner of Mincing Lane and Great Tower Street in the City of London’s financial district. The Neo-Gothic Minster Building, with its striking pink marble façade, was originally completed in 1992 to designs by architects GMW Partnership, causing raised eyebrows at the time as it deviated significantly from the standard recti-linear office building formula well-established in the City.

A refurbishment of the Minster building was carried out in 2017/18 by Buckley Gray Yeoman, bringing to market 250,000 sq. ft of high-quality commercial office space and up to 65,000 sq. ft of retail and leisure space. The make-over involved moving the original entrance, introducing a new 30-metre-long boulevard leading to reception and replacing the original massive escalators with a new eight-storey central atrium around which the offices are arranged.

At 70 metres high and 18 metres in diameter, the new central atrium lies at the heart of the building, flooding the interior with natural light. A combination of curved glazing, textured jesmonite panels, marble and bronze creates an opulent, airy, uplifting ambience, setting the tone and material palette for the rest of the development.

Central Fabrications supplied the bespoke, textured jesmonite panels for the new atrium, along with 192 curved louvres to meet the requirement for a full circle of curved louvres on each of the eight floors. To ensure that no fixings could be seen, laser holes were cut into the 5mm aluminium 5083 at the top and bottom of the louvres and the aluminium box sections, which were then powder coated and fitted with a soundproof acoustic board to the back. It took around 6 months for the project to be completed, with work finishing in January 2018. 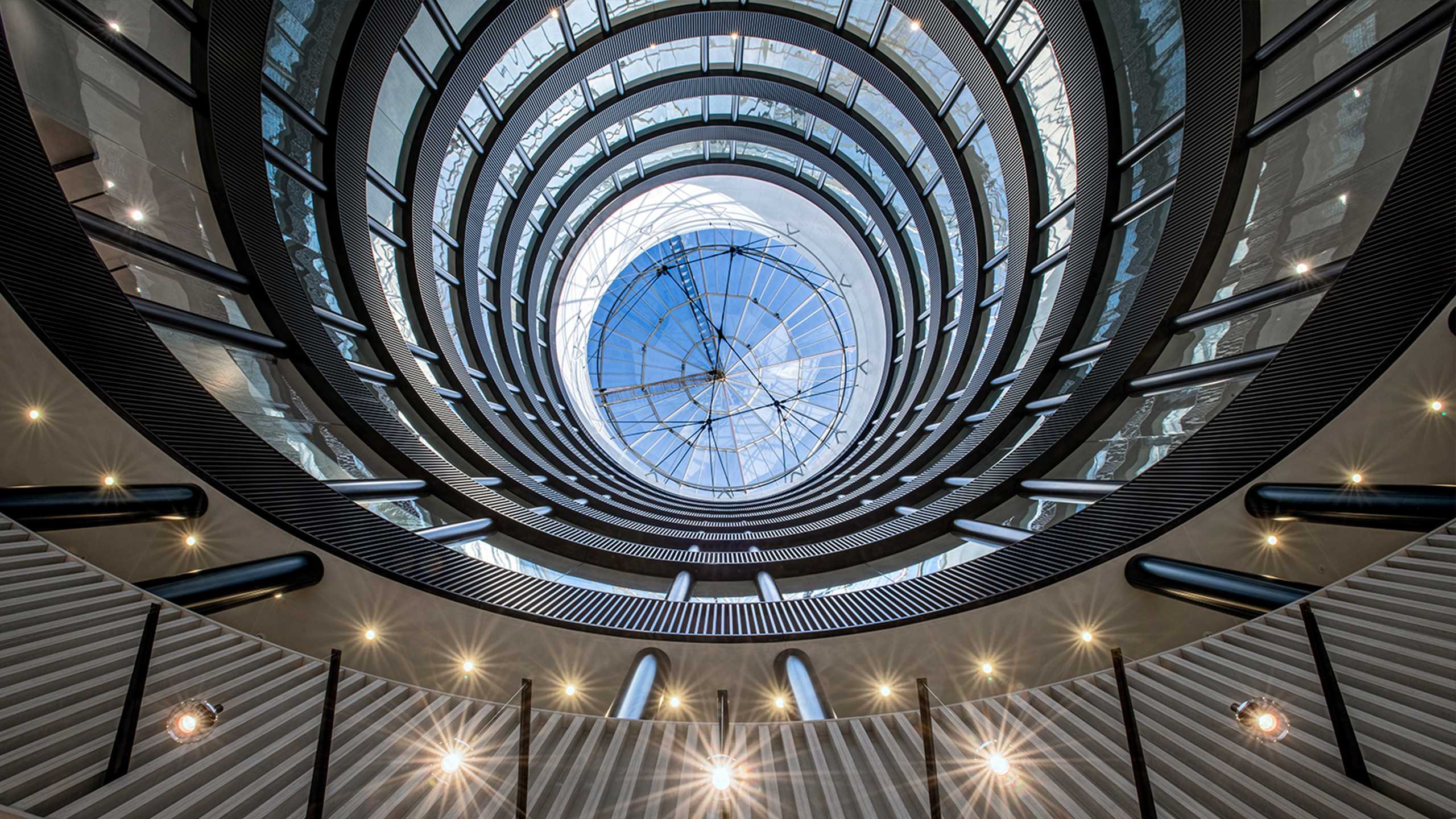 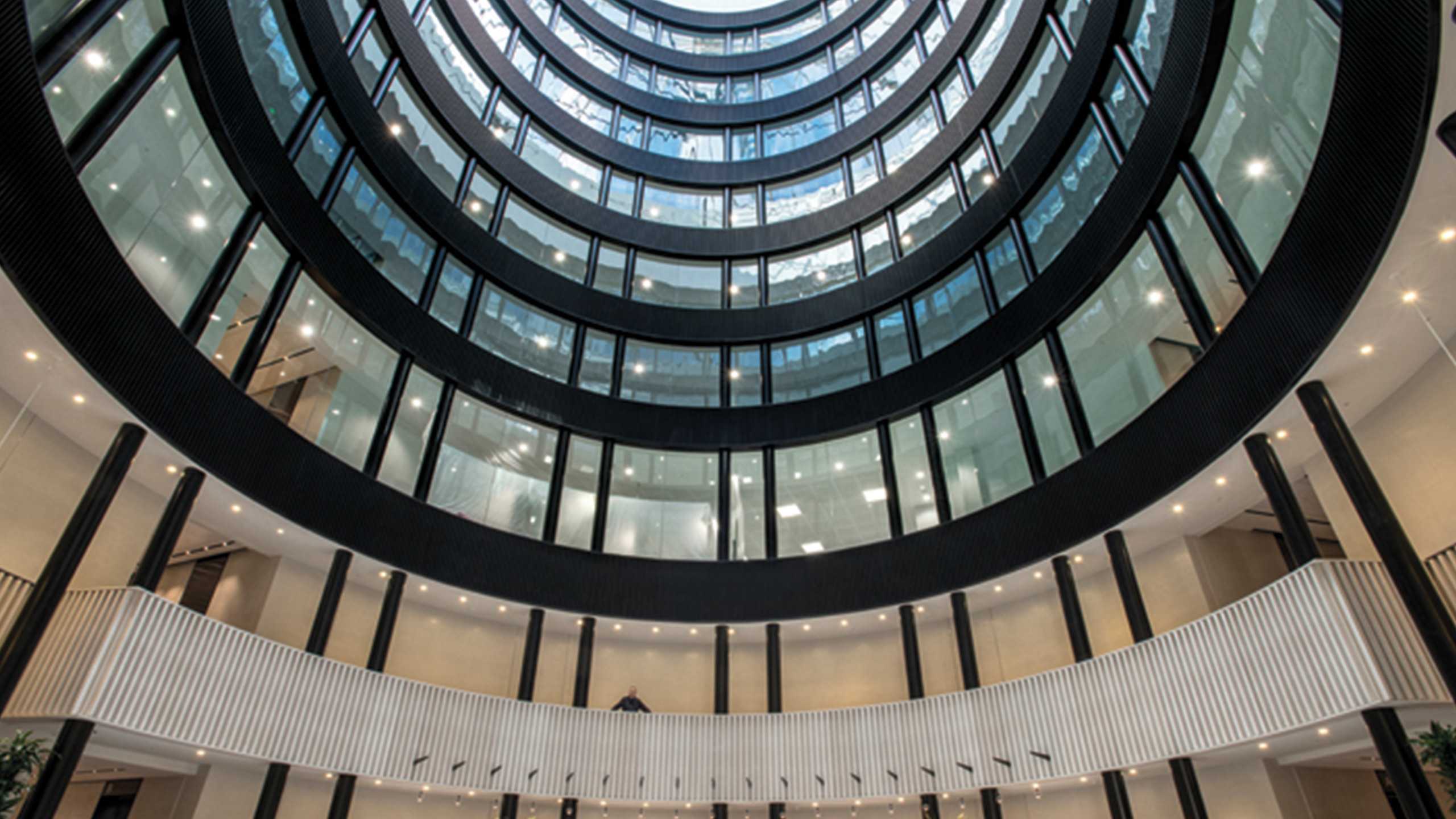 We use cookies, by continuing to use our site we assume you are happy for us to do so. Find out more.